How we eliminated the risk of a serious injury 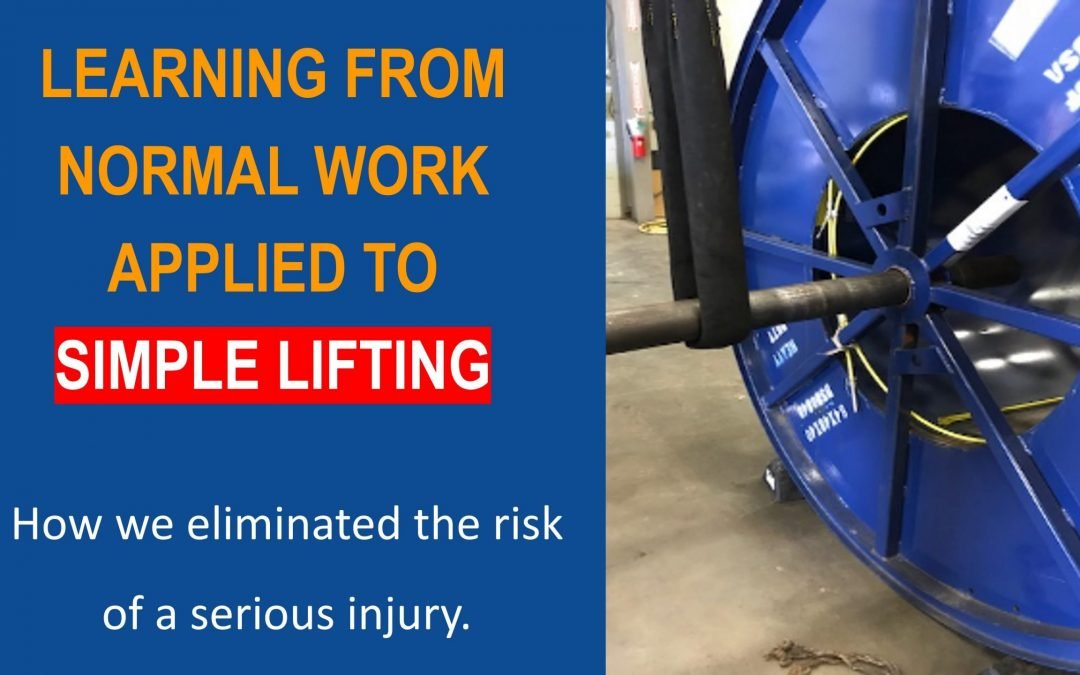 This is an example of a simple learning team.

A learning team is a discussion with people who do the activity and who influence how the work is done.

In one of our workshops, a team was working with these large spools. This is a 7-ton spool being lifted with a standard 10-ton crane. You can see the size of the spool in the picture.

The spool needed to be lifted 6 inches (15 cm) and moved across the room.

You would think well, OK, that’s not that difficult to do. But it is.

One of the things that we picked up on, was that the operator was a little too close to the spool and the reason was the crane control was a cable-type system which was limiting where the operator could stand and what he could see, therefore requiring a spotter.

Please note how the operator was forced by the work environment to be close to the line of fire.

The spotter was on the other side of the spool and it was difficult to see each other, so they had to use verbal commands.

When we started looking at the crane controls, it had left, right, forward, and backward type buttons on there. So depending on the orientation of the spotter versus the crane operator and the limited visibility, you could easily make a mistake in the direction you wanted the crane to move.

We decided that if they just used a remote control, and then put some directional indicators using things like East and West and then line up the equipment so that everything was moving in a particular direction.

The crane operator could move around and he always knew what direction he was going. By making this simple improvement we eliminated the need for the spotter and for using verbal communication.

If you think about moving large loads like this, it could result in a life-changing injury if someone was struck by it. The team was able to identify conditions that could result in the mistake and eliminated the potential for injury.

1. If there was an accident, we would have found exactly the same things we found now.

2. Any attempts to change the behavior of the operator without changing how the work was set up, would have a very limited impact.

3. Improvements that eliminated the risk of an accident were in managerial control, and not in the control of the operators.

4. Things we found and addressed could not be categorized as hazards and therefore would not show up in the risk assessment.

No comments to show.